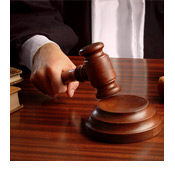 Privacy and injunction cases brought before the courts in England and Wales have doubled over the last five years.

The rate at which privacy cases are coming before judges has accelerated to one per week. A fifth of these cases involve celebrities or politicians.

The editor of European Human Rights Law Review, Jonathan Cooper, said: “The debate over the use of privacy injunctions has reignited after a number of years in which their usage had tailed off.

“The media has expressed concerns that it is too easy for public figures to use this tool to control what was being published about their private lives.”

A spokesman for the firm said: “The number of reported court cases involving privacy arguments has reached a new high.

“Another key issue in many privacy cases is the extent to which individuals have a right to determine what happens to information after they have provided it to a company or a public sector body.”